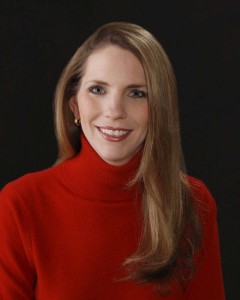 JENNIFER H. GARRETT, MD is a Refractive Surgeon who is certified by the American Board of Ophthalmology. Her journey began at the Corinth Academic and Performing Arts Center in Corinth, MS, where she graduated in 1993 as valedictorian. This was followed by a Bachelor of Science degree in Biochemistry and Molecular Biology from Mississippi State University.  For her efforts there, she was awarded the honor of Summa Cum Laude in 1997.  She was then accepted to the  University of Mississippi School of Medicine in Jackson, MS. After completing four years there, she received a degree of Doctor of Medicine in 2001.  She then completed an internship in internal medicine at the University of Mississippi Medical Center.  In 2005 she completed her four year residency training in ophthalmology from the University of Mississippi Medical Center in Jackson, MS.

In the summer of 2005, Dr. Garrett decided to return to her hometown of Corinth to practice ophthalmology.  In addition to performing Z-LASIK, LASIK, and PRK in her practice, she also performs cataract surgery.  She utilizes the latest technology available for astigmatism and presbyopia (near and intermediate vision) correction by offering specialized intraocular lens implants.  In addition to surgery, she practices general ophthalmology performing routine eye exams,  prescribing glasses and contact lenses, and seeing pediatric patients.  She also diagnoses and treats diseases of the eye including diabetic retinopathy, hypertensive retinopathy, glaucoma, and eye infections. 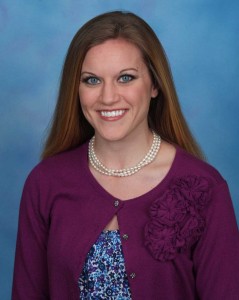 MEREDITH M. RHODES, O.D. is a licensed optometrist who has recently joined the Garrett Eye Clinic team. Her journey began at Hatley High School in Amory, MS, from which she graduated as valedictorian and STAR Student in 2003. She then attended Mississippi State University, where she graduated Summa Cum Laude with a Bachelor of Science in Psychology and a concentration in Vision Science. While attending MSU, she was a member of the Psi Chi Honor Society and received the Psychology Scholar Award. She was also inducted into the prestigious MSU Society of Scholars in the Arts and Sciences, which recognizes the top 1 percent of undergraduate students at MSU. She went on to earn her Doctor of Optometry degree at Southern College of Optometry (SCO) in Memphis, TN, graduating with Summa Cum Laude honors. During her time at SCO, she served as a Student Ambassador–promoting both SCO and the profession of optometry–and was a member of Beta Sigma Kappa International Optometric Honor Society. In 2012, Dr. Rhodes was awarded the Vistakon/American Optometric Foundation Award of Excellence in Contact Lens Patient Care. She is also a member of the American Optometric Association (AOA) and the Mississippi Optometric Association (MOA).  She is pleased to be back in Mississippi and to join the Garrett Eye Clinic team in Corinth. In her free time, she enjoys spending time with her family, antique shopping, refinishing old furniture, and occasionally dusting off her softball bat and glove for a pick-up game.